Over the past year many will have explored the lesser known green spaces on their doorstep. For some, this may have included the many churchyards and cemeteries dotted around London which encompass magical worlds where nature and history often sit hand-in-hand.  One such ‘rus in urbe’ can be found on Richmond Hill in what is known as the Old Burial Ground. 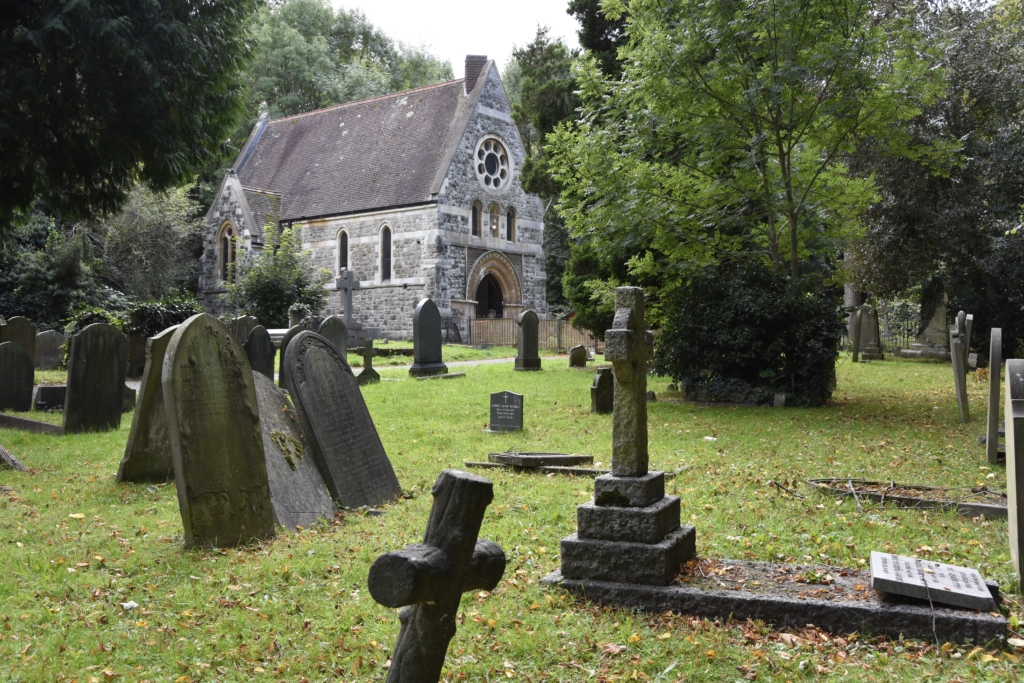 Opened in 1786, the site now forms part of the wider 15 acre Richmond Cemetery which stretches from the boundary of Richmond Park to East Sheen Cemetery. Tucked within this burial ground are two deconsecrated chapels, one non-conformist which is now a private residence and the remainder being the former Church of England burial chapel known as the Grove Gardens Chapel. The latter is cared for by Habitats & Heritage and was fully restored in the 1990s by H&H’s predecessor the Environment Trust. In recent times the chapel has been utilised as a nursery but has lately succumbed to subsidence attributed to climate change, owing to excessive hydration and dehydration of the clay foundations. To monitor the levels of change, weekly inspections are carried out by H&H staff. On one such inspection was spotted a grave adjacent to the chapel to the prominent botanical illustrator Walter Hood Fitch – a man who had a long and illustrious connection with the Royal Botanic Garden at Kew and its first director William Jackson Hooker.

Walter Hood Fitch was born in Glasgow in 1817 and was trained to draw from an early age. At thirteen he became an apprentice pattern drawer at a mill owned by Henry Monteith who quickly recognised Fitch’s talent and introduced him to William Hooker who was then the Regis Professor of Botany at Glasgow University. Hooker had been the editor of Curtis’s Botanical Magazine since 1826 and was its sole illustrator. Impressed by the skill of Fitch and under pressure to create illustrations, Hooker employed Fitch to assist, with his first illustration for the magazine being a lithograph of Mimulus roseus published in 1834.

In 1841, Hooker was appointed the first director of Kew Gardens and took Fitch with him to live in his new home of West Park. Hooker relied heavily on Fitch’s work and assistance, paying him £100 per annum personally. Fitch subsequently produced the majority of illustrations for official Royal Botanic Garden publications over the subsequent forty years creating over 2,700 plant illustrations for Curtis’s Botanical Magazine and publishing over 10,000 illustrations in total. He also created life-size illustrations for Hooker’s description of Victoria regia (later renamed Victoria amazonica) in 1847 – a copy of which issued to Queen Victoria.

Despite Fitch’s work for Kew over several decades, he never filled an official position. An issue over pay in 1877 ended this informal association with Kew though he continued to be an active botanical artist until 1888. His work extended to many other publications including the Gardeners Chronicle which continued to publish his work until 1893.

When Fitch began suffering ill health, his merits were recognised by the Earl of Beaconsfield who recommended him for a Civil List pension of £100 per year. Fitch died on the 14th January 1892 and now lies adjacent the Grove Gardens Chapel.