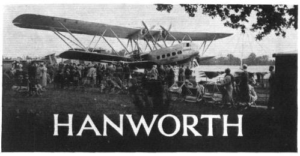 Featured image and above ‘Hannibal’, “The Winged Cunarder”, at Hanworth during a visit by members of Parliament.

The London Air Park was opened at Hanworth in 1929 as part of a government backed scheme for a nationwide network of local aerodromes. It became home to a flying club which embodied the glamorous side of flying, with many celebrity visitors, flying races and displays, as well as demonstrations of new types of aircraft. Events were frequently covered by the press and by Pathé News. By 1937 the emphasis shifted to war preparation and pilot training. During this decade a number of manufacturing and design companies made use of the former Whitehead Aircraft factory site, including Union Construction Company tram builders, Aston Martin, Cierva Autogyro Com-pany, British Klemm Aeroplane Company, and General Aircraft Ltd (GAL).

1931 – Visits by the aviators C W A Scott and Bert Hinkler, the ‘Graf Zeppelin’ airship, and ‘Hannibal’, the world’s biggest airliner, popularly known as “the Winged Cunarder”. The Cierva autogyro is demonstrated to members of the Japanese royal family (see autogyro picture and information below).

1932 – Amelia Earhart visits after her solo crossing of the Atlantic. ‘Heracles’ airliner gets stuck in the Longford River. Cierva Autogyro company moves production to Hanworth.

1934 – Pathé News films a ‘Miss Mayne’ demonstrating the safety of autogyros and their suitability to be piloted by women.

1936 – The clubhouse is converted to a hotel. Visits by Charles Lindberg, by ‘Bird Man’ Clem Sohn, and by Amy Johnson, who christens the first British purpose built air ambulance ‘Florence Nightingale’.

1937 – S W Sparkes, a competitor in the Isle of Man Race, hits the roof of a house in Hounslow Road. Sparkes and his passenger, C W Fry, and Mrs Abbey, the occupant of the house, are killed. Elementary and Reserve Flying Training School is set up by the UK Govern-ment, training provided at Hanworth.

1939 – The last garden party. GAL takes over most of the buildings on and around Hanworth Park. 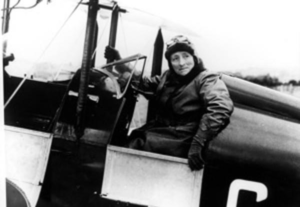 Above: Mary Russell, Duchess of Bedford (“the Flying Duchess”) 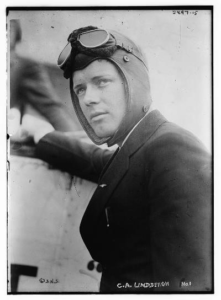 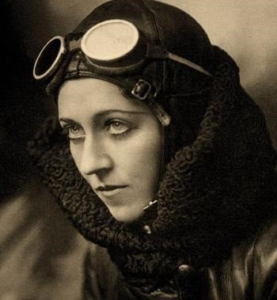 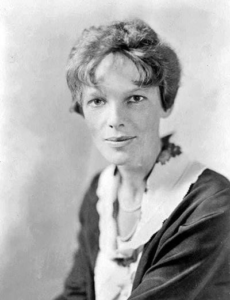 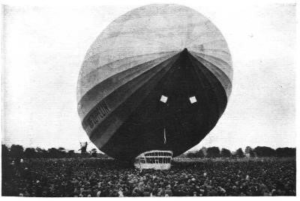 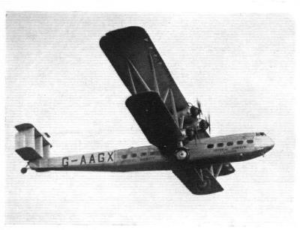 Above: The Handley Page “Hannibal” leaving Hanworth for Croydon 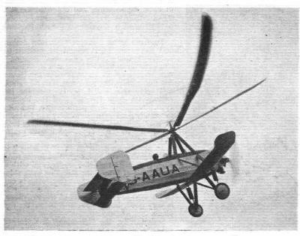 Miss Mayne and Autogyro at Hanworth 1934

How the Autogiro works 1931

My principal sources for this article were “Coming In To Land: A History of Hounslow, Hanworth and Heston Aerodromes 1911-1946” by Tim Sherwood (1999), Wikipedia, and the ever fascinating archives of FLIGHT magazine (FlightGlobal: part of RBI, reedbusiness.com), to whom we are grateful for permission to reproduce the images credited to them above.

I would like to thank the staff and volunteers of the Brooklands Museum Library for their help with my research. They have a wealth of material, going into much greater detail than could be covered by this article.