While the pandemic stopped us exploring our local area, it didn’t prevent us from appreciating some of our most loved historic buildings. In fact, staying at home has made us appreciate our local heritage even more. So rather than going out to explore treasures from the past, in connection with our Burton: Exploring Without Boundaries project, we’re bringing them to you through a series of conversations with some of the custodians of our local landmarks.

As many of you know, J M W Turner is one of the nation’s best loved artists – so much so that he features on the newly released £20 note! You can see lots of his work at Tate Britain, but in South West London we have a Turner connection much closer to home. Turner built Sandycombe Lodge in Twickenham 1813 as a retreat from central London. It was restored a couple of years ago and opened to the public so you can now get a sense of what life would have been like for one of Britain’s greatest artists.

EL: Why did Turner choose to build Sandycombe Lodge in Twickenham?

RP: Turner studied architecture in his younger years and it was a love he carried with him for the rest of his life. In his later years Turner stated that if he could live his life again, he would have been an architect. 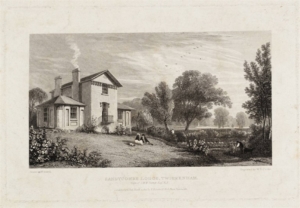 Turner wanted a retreat away from the pressures of working in London. He was familiar with west London having lived at Brentford as a boy, and rented houses at Isleworth between 1805 and 1806, and a house in Hammersmith between 1806 and 1811.

EL: What would Twickenham have been like when Turner lived here in the 19th century?

RP: Turner built his house over two distinct periods. In 1810 he built the central tower block and added the side wings around 1813. When he built the house, he had no close neighbours and would have enjoyed a largely unrestricted view of the surrounding area. He could see the River Thames from his bedroom window and had a view of Richmond Hill.

EL: We understand that Sir John Soane, one of Britain’s most iconic architects, influenced the design of the building. Can you tell us a little bit more about that?

RP: Turner and Soane were both professors at the Royal Academy and good friends. They also liked to spend time together fishing. There are undeniable features of Sandycombe Lodge that were influenced by the architecture of Soane. These include the semi-curved walls, the recessed decorative panels, the succession of arches within the porch entrance, the lay light above the stairs (which filters light to make it feel warmer), the curved banister and the use of faux marbling.

EL: Turner sold the house in 1826. What happened to it then?

RP: In 1826 Turner and his dad, who he affectionately called ‘Old Dad’, sold Sandycombe Lodge and returned to their London home at 47 Queen Anne Street, Marylebone. The reason for this is that William Turner, ‘Old Dad’, was now in his early 80s, was regularly ill and could no longer look after the two acres of land around the house, or do the domestic chores. ‘Old Dad’ loved Sandycombe and did not want to move back to central London! After the Turner’s departure the house was owned by several different families, with additions to the house taking place as early as 1827. In the Second World War the house became a shadow factory making airman’s goggles!

EL: Work to restore the house began in 2016. Can you tell us about the restoration work? 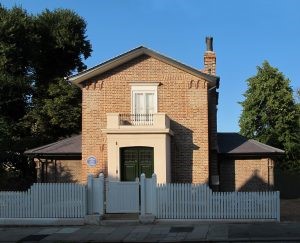 RP: Before the restoration project which finished in 2017 Turner’s House was in a terrible state of disrepair and was also on the Historic England’s Buildings at Risk register. The pioneering decision was taken to return the house to as it appeared in Turner’s time. This involved reducing the two side buildings to their original height. When the render was removed from its exterior it was discovered that the house had been penny line-pointed- a process where a penny is rolled into the wet cement to give a more finished appearance. However, if time is taken to achieve this the surface is never rendered, meaning that the render had been applied at a later date. This was a real revelation! The restoration was led by Gary Butler from Butler Hegarty Architects and the project won numerous awards and commendations, including the Royal Institute of British Architects London Award and the London Conservation Awards of 2018.

EL: You’ve recently hosted an exhibition featuring five paintings by Turner. How did this part of the Thames feature in Turner’s work?

RP: Our ‘Turner and the Thames: Five Paintings’ exhibition was a major success. It was opened by Sir David Attenborough who has enjoyed a lifelong association with the Thames. This exhibition was perfect for Turner’s House as the five oil sketches were painted at a time when Turner was renting Syon Ferry House just upriver at Isleworth. It was a period where Turner could afford to relax and paint what he wanted, and when he wanted! These works of art were also unusual as they were painted on recycled mahogany and executed en plein air (out in the open) on a boat on the River Thames. It is also possible that on occasion he was joined by his fishing partner, Sir John Soane, who lived nearby at Pitzhanger Manor in Ealing.

EL: Turner’s self portrait and signature now features on the new £20 note. Why do you think Turner’s work resonates with people today? 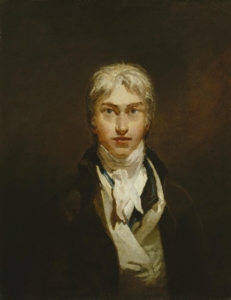 RP: Turner is an artist who is always current, and his breadth of work is extraordinary, ranging from history to landscape painting, through to book illustrations and sea paintings of boats and shipwrecks. Turner’s productivity is legendary, and it is estimated that in his lifetime he produced over 30,000 works of art, from sketches to finished oil paintings. Turner was also a grafter, in many ways sacrificing his family for his art. His paintings appeal in their breadth of diversity – some people prefer his early detailed oil and watercolours, whilst other see his genius in his later, more abstract, works of art. Turner offers something for everyone and that is why he is such a loved and respected artist, arguably the greatest British artist of all time!

EL: What does the museum have planned after lockdown ends?

RP: After lockdown we intend to get right back in the saddle! We are looking forward to celebrating a year where the nation gets to see Turner on the new note but also to celebrate his association with the London Borough of Richmond upon Thames, an area which Turner painted so frequently. In later 2020 we hope to host our first ever Turner symposium and we look forward to January 2021 when we hope to host our second exhibition of Turner originals, the theme of which is secret for now, but I guarantee will be amazing!